As both a well-known TV personality and a Capital Farm Credit customer dedicated to habitat conservation, Warren — who started in 1982 as host of Fishing Texas and later The Texas Angler — wants to el...

Years ago, Keith Warren, a longtime host of outdoor television shows, helped out with a fishing outreach program held at a Houston, Texas, inner-city school. Standing next to him at a portable pond was a 12-year-old girl, holding a rod and reel for the first time.

“When she set her hook, she yelled, ‘I got me a chicken!’” recalls Warren, shaking his head, still in disbelief. “People laugh when I tell that story, but she didn’t know. We are raising children today who are completely disconnected from nature. And that’s got to change.”

As both a well-known TV personality and a Capital Farm Credit customer dedicated to habitat conservation, Warren — who started in 1982 as host of Fishing Texas and later The Texas Angler — wants to eliminate what he calls “nature deficiency disorder.” And he’s not wasting any time.

From Construction to Fishing

White-tailed deer shoulder mounts, family photos and framed awards cover the walls of Warren’s office at his production company in New Braunfels, Texas. Within one frame, a pair of faded photographs captures the smiling faces of two little boys, both proudly holding up good-sized fish.

“That’s me and my brother at age two with our grandfather and then age four with our father,” Warren says. “Yes, I started fishing at a very early age!”

After high school and college, Warren worked in construction in San Antonio. Then hard times hit in the early 1980s. “The last recession gave me the opportunity to get into this business,” Warren says. “I knew several guys who had their own fishing shows, so I decided to do it, too. But if I had to start over in the business today, I wouldn’t do it. The industry is too fragmented now.”

As it happened, television’s evolution from four or five broadcast networks to hundreds of cable and satellite networks did impact his shows through the years. “I started out with Fishing Texas and then Texas Angler,” he explains. “I traveled everywhere for the show, which aired nationwide. But with a name like Texas Angler, we figured that viewers in New York or somewhere else wouldn’t be interested in watching the show. So we changed it to Fishing and Outdoor Adventures.”

“I believe that land conservation should be an act of citizen responsibility. Every American should know how important it is to take care of our environment. I believe we need to manage habitat and do what’s best for animals. When we do that, everyone benefits.” – Keith Warren

It wasn’t long before Warren and his company added a second show. “I tell people that I love to fish, but I live to hunt,” he says. “Fishing and hunting audiences are completely separate. So in 1995, we started Hunting and Outdoor Adventures.”

This summer, Warren changed the program’s name in order to help promote his mission: to reconnect people with nature and protect wildlife habitat. “We’re calling it The High Road, which is where I encourage everyone to go in their lives,” he says. “You can’t win every day, but you can make good choices. The show encourages unity among hunters and promotes land conservation and civic responsibility. It’s very patriotic.”

Last January, a third program, Deer and Wildlife Stories, also joined the lineup on the Outdoor Channel. “White-tailed deer are the stars of the show,” Warren says. “We spotlight people who tell what deer farming and hunting mean to them. I was told that I was crazy to do the show and that it’d kill my career. But we aired it anyway, and it’s been a huge success.”

“But I couldn’t do it because my neighbors wouldn’t agree to the same deer management practices,” Warren continues. “I’d watch a deer grow all year, and then a neighbor would shoot it out of greed. After two years of throwing away a lot of money, it became apparent that I had a decision to make — put up a high fence, which we did.”

Ten years later, he says that Texas Hidden Springs Ranch encompasses 732 acres and produces some of the highest-quality white-tailed deer in the region.

“We evolved to the point where we put in scientific deer breeding pens and became licensed through the state,” Warren says. “The deer we raise help repopulate other areas with good genetics. We sell a few hunts a year to help pay the feed bill. I’ve only harvested two deer myself in the past 10 years.”

If he had his druthers, Warren would re-categorize his operation.

“I don’t own a ranch,” he says. “I own a nature agri-park, a place where man and nature can coexist and there can still be commerce. All deer breeders are potential nature agri-park owners. The future of our land depends on people who develop nature agri-parks, because the land has to produce an income somehow. You can’t do that anymore with cattle, but you can with white-tailed deer.”

Although recognized as a professional outdoorsman, Warren bills himself as both an environmentalist and an evangelist.

“I’m very proud of that,” he says. “I believe that land conservation should be an act of citizen responsibility. Every American should know how important it is to take care of our environment. I believe we need to manage habitat and do what’s best for animals. When we do that, everyone benefits.”

Whenever he can, Warren talks to school children about the importance of maintaining quality wildlife habitats. “I evangelize for the outdoors,” he says. “I give presentations, and I don’t sell anything but nature. I show them things like arrows, rattlesnake rattles, antlers and deer skins. I ask if anyone loves animals. When they answer yes, I tell them that animals need homes, too, with water, food and shelter.”

That’s why landowners are so important, Warren stresses.

“We are the greatest land stewards anywhere because we love our land. If we don’t educate voters about what we do with the land and why it’s so valuable, our private property rights will be diminished. We have to get on the offensive now. We need to tell other people what a great job we’re doing, because no one else is going to do that for us.”

How to Hold a Big Bass

So, you just caught the big one, and you absolutely must photograph it to show the folks back home!

Before you pose for a picture with your monster bass, take care to handle it the correct way.

That’s the advice from the Texas Parks and Wildlife Department, which has launched a campaign to teach fishermen the proper way to handle a bass, in order to minimize stress on the fish, prevent injuries and keep it alive longer:

Wet your hands before touching the fish.

Using your dominant hand, grip the fish with your thumb inside the mouth and your fingers locked on the outside of the mouth.

Removing a fish from water for photographs stresses the fish, increases its chances of getting fungal infections and multiplies the risk of injury, such as a broken jaw.

“Remember that the fish has to be in the water to be able to breathe,” says David Campbell, TPWD ShareLunker Program manager. “Taking photos is okay if everyone gets ready before the fish is removed from the water and it is put back within 30 seconds.”

Coffee back strap? It may sound strange, but Keith Warren swears his back-strap recipe is “out of this world!”

Here’s how he makes it:

Cut venison back straps into 2-inch-thick medallions and wrap them with bacon. Then sprinkle the upper side with garlic salt. Next, take pulverized freeze-dried instant coffee crystals and lightly dust the salted side. Allow to sit for 20 minutes or until the coffee becomes like chocolate syrup. Then turn the meat over and repeat these steps on the other side.

Cook over a medium fire for six minutes per side, or longer if you prefer, but do not overcook. The garlic salt draws out the blood, and the coffee causes it to form a coating that will help the meat retain its moisture.

Keith Warren takes a break from a bow hunt in northern Saskatchewan.

Dip fillets in milk; dust in flour and sprinkle with seasonings. Sauté gently in butter with onion slices for 4 minutes; then turn and cook for another 3 to 4 minutes. Add juice of lemon and wine, mixing in gently to thicken sauce. Serve over wild rice or pasta. 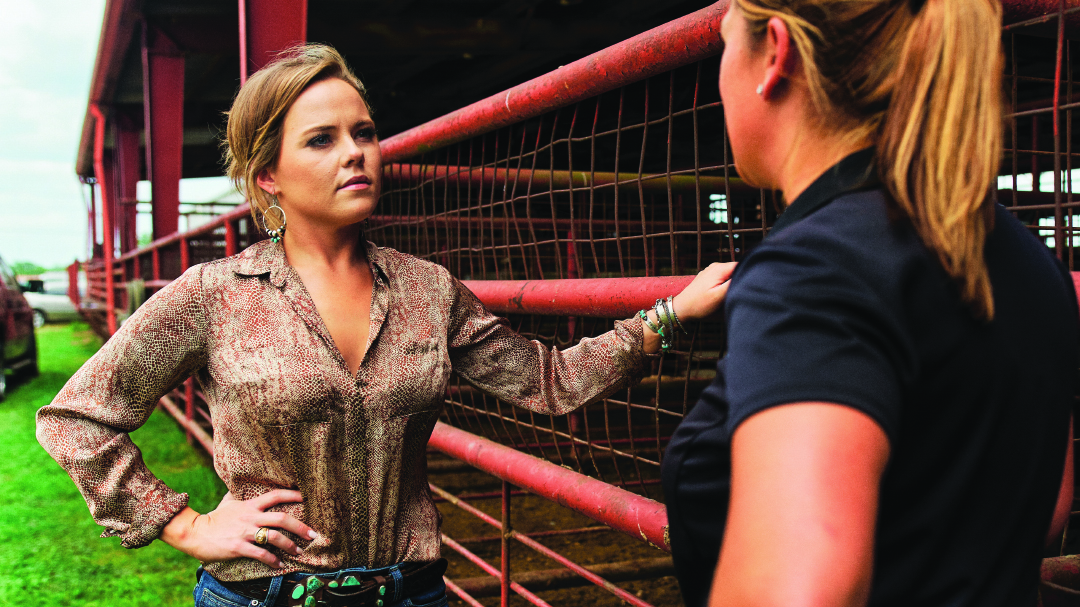