For Wildlife, Harvested Rainwater Can Make the Difference During Drought

The droughts that have parched New Mexico, Texas and parts of the Southeast in recent years are stimulating interest in the old practice of catching rainwater to supplement other water sources.

But rainwater harvesting isn’t just for homeowners, anymore; it’s for ranchers and wildlife managers, too.

Harvested rainwater can sustain wildlife and provide moisture for habitat growth in dry months, as well as attract wildlife year-round. And in Texas, providing supplemental water is an eligible component of a wildlife management plan, which a property owner must have in order to receive a wildlife tax valuation.

“From the fall of 2008 to the end of August 2009, we had four inches of rain,” Kitner reports. “Most of our stock tanks dried up, but our rainwater collection system kept water in the trough for wildlife throughout the summer.” Even dew collected in the tanks.

Kitner, who manages the Killam Ranches in Duval County, worked with Texas AgriLife Extension Service experts in 2006 and 2007 to build two rainwater collection systems as demonstration projects on the sprawling cattle and hunting operation.

It is one of several ranches and Wildlife Management Areas where the Extension Service has helped implement rainwater harvesting methods. “With just a little bit of work, you can keep water on your property, so that wildlife and birds don’t have to travel far,” notes Justin Mechell, Texas AgriLife Extension agricultural engineer.

There are two approaches to harvesting rainwater — active and passive. Passive rainwater harvesting promotes the movement of water into the soil to support vegetation and therefore expand habitat. One technique involves diverting run-off into small man-made depressions.

“It’s a matter of looking at the big picture and seeing where the water naturally flows, to make the most efficient use of it,” says Mechell. Extension Wildlife Specialist Dr. Dale Rollins has found that spreader dams, which spread runoff with small berms, yield about 25 times more vegetation than adjacent rangelands and produce five times more insects for quail to eat.

Capturing Water for Future Use

Active rainwater harvesting involves catching rainwater and holding it in a tank or cistern for later use. Whether simple or elaborate in design, systems may require a catchment surface, piping, a storage tank, a float valve and a trough from which wildlife can drink. They range from large-scale systems capable of catching and storing thousands of gallons of water to small, inexpensive systems built with existing materials.

“A small wildlife guzzler can be done for $100 to $200,” says Mechell. Approximately 25 to 35 square feet of water-capture surface will supply a 50-gallon drum. “With a couple of sheets of tin, a recycled drum, some tubing and a float valve, you can have a collection system that is suitable for birds.”

Wildlife Species: The population diversity will help determine the amount of rainwater needed and the distance between water collection points. Turkeys, for instance, travel farther than quail.

Catchment Surface: The smoother the surface, the more water will be collected. An inverted metal roof on a simple pole barn is often sufficient. The roof also can provide shade for animals.

Capacity: The catchment surface must be large enough to catch the amount of water needed. For every inch of rain per square foot, approximately half a gallon of water can be collected. Holding tanks must be sized based on the size of the catchment area and average rainfall amount. Tanks can be above or below ground and come in various materials.

Water Troughs: For deer, place water troughs at least 100 feet from the tanks, Kitner recommends, but fairly close to brush or tree cover. He also advises placing hog fencing around the trough to prevent damage by feral hogs.

Bubblers: For quail and other birds, a bubbler or drip emitter can supply water to a bird close to the ground. One drop of water per second yields about one gallon per day. 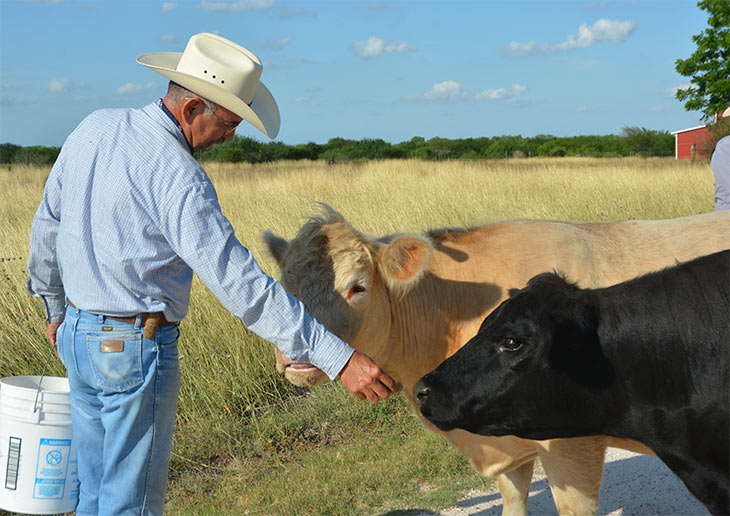 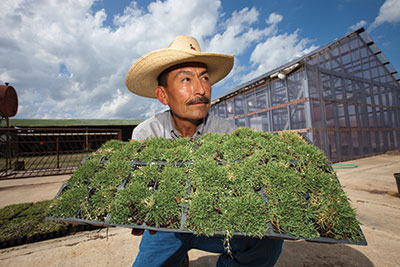 A Zeal for Zoysia