For Insurance Customers, Risk Management Is the Best Policy

The Henry family of Sabinal, Texas, doesn't believe in throwing caution to the wind, the rain, the bugs or any other peril that can beset a farm.

"Farming sometimes is really good, and sometimes it's not. We've always had insurance on everything," says Melba Henry, who partners with her brother-in-law, Jimmy Henry, in a cattle and crop operation west of San Antonio.

Her late husband, Ray Henry, who had served on association boards for more than 35 years, bought insurance through Farm Credit at the first opportunity, she says, and persuaded other local farmers to do the same.

The investment has paid off. When many South Texas ranchers were burning the thorns off of prickly pear cactus to feed their cattle during the historic, multiyear drought recently, the Henrys were buying hay and liquid feed thanks to pasture insurance. Last year, when the drought broke but the rain wouldn't stop, multiperil crop insurance covered the ruined wheat and oat crops. Insurance also has covered losses from insects and diseases.

"I would say 2009 was one of the hardest years because we had complete drought. … That was a year when insurance really kept families afloat and helped them pay their loans."

Charmain Nelson, the Henrys' insurance specialist at Texas Farm Credit, is full of similar stories. There was the time a South Texas farmer lost his cotton crop in a freak hail storm but was covered by a crop-hail policy he'd bought at the last minute, and the year that insurance compensated farmers who'd dry-planted in the drought but nothing germinated.

"I would say 2009 was one of the hardest years because we had complete drought," Nelson says. "No crops came up, and not only did people have to sell their cattle because they didn't have anything to feed them, they didn't have any grass to sell for extra income. It was devastating.

"That was a year when insurance really kept families afloat and helped them pay their loans."

The association — one of the first to provide insurance when Farm Credit was authorized to offer the service in the 1980s — now insures about 100,000 acres of row crops and 2.7 million acres of pasture. Like many associations, it also offers Livestock Risk Protection, term life and debt-related insurance.

Ag insurance premiums are set by the USDA Risk Management Agency, and are the same through any provider. What sets Farm Credit associations apart is service, Nelson says.

"We have some customers who have been here more than 20 years," she says. "We do our best to get to know them and their operation, and how to service their policy."

After Melba's husband passed away, the association also eased her transition into his role in the ag partnership.

I had to step up and take part, and the insurance people at the association were so helpful," Melba says. "That doesn't sound like a hard thing to get to know, but I had to learn a lot of the vocabulary and dates. I'm still learning, and it's been three years.

"I wouldn't have done it had they not helped me to understand what all needed to be done."

Jimmy, who'd partnered with his brother since 1963, says he appreciates the insurance team's quick response and fairness. Buying insurance — like growing several plant varieties and putting up hay in good years to carry the cattle through the bad ones — is one of the ways the family manages risk.

"It gives you peace of mind," Jimmy says. "I'd rather not collect insurance, because you're not making much money, but you're not going to go broke. You at least get your expenses back and keep a-going."

Thinking back on the claims that helped them through adverse conditions, he says he wouldn't mind a little more rain before it's time to cut wheat.

"That kind of insurance I really like," he says. "It doesn't cost a thing." 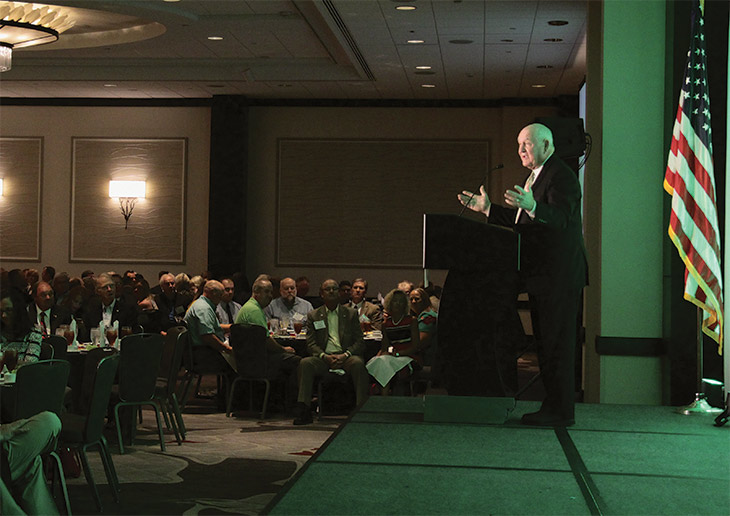 One Mission, Many Voices

With the expiration of the current farm bill next year, Farm Credit is lettin... 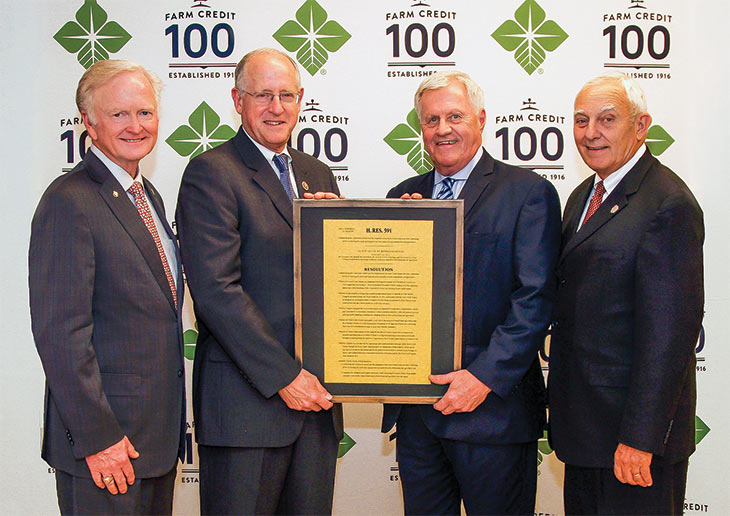