Close to Earth, Close to God

Family and faith are at the heart of this Mississippi Mennonite farming community.

At first, Rawlin and Gloria Friesen had doubts about buying the rundown poultry farm near Mount Olive in southcentral Mississippi. Although it came with existing chicken flocks, it also came with challenges. Trash and debris littered the grounds around the two poultry houses. Weeds and high grass surrounded the white frame house. Inside and out, the house itself had long been neglected.

But when the seller offered them a bargain price, the couple signed a contract.

“The day Rawlin and I bought the farm in May 2007, we gathered eggs,” recalls Gloria, who’s on her knees, planting tomatoes in her garden. “We knew we had to start at the bottom with this farm, and that’s what we did.

“We redid every room in the house,” she continues, pausing to check on the youngest of their four children, 4-year-old son Trey, who’s riding a tricycle nearby. “This farm was in terrible condition. Getting everything back in shape took a lot of work, but we got it done.”

The Friesens’ strong determination coupled with support from their relatives and church enabled the young family to transform the unkempt farm into a productive operation that has since expanded to four poultry houses. They are among four local Mennonite families with the Church of God in Christ who have financed poultry houses and farmland through Southern AgCredit.

The first Mennonites moved to the Simpson, Smith and Covington tri-county area in 2005, drawn largely by the poultry industry. They also wanted to establish a new congregation. Although it’s not a requirement of their denomination, Mennonites often branch out from large congregations and form smaller new groups, which helps to foster relationships among members. Communities are close-knit, and members help one another. Today, nearly 20 families form the Pleasant Hills Mennonite Church near Mize in Smith County. Most live within 5 miles of one another, and children are schooled at the church building.

As a church, Mennonites endeavor to live their faith from their hearts, not as a set of rules to be followed. In this Mennonite branch, men wear beards, and women wear head coverings. Televisions and radios are shunned. Many do use cell phones and the Internet, but only for business and personal communications.

Glen Sowell, regional vice president with Southern AgCredit, and staff at the lending cooperative’s Newton branch work closely with all four Mennonite families. It’s not uncommon for loan officers to share a meal in their kitchens or walk through their dusty chicken houses, filled with noisy hens and roosters, or broilers.

“These folks are the salt of the earth,” Glen says. “We talk about finances and our families, too. I’ve also consulted with them on matters such as their cattle, housing, equipment and bulk propane tanks.”

Church deacon Charles Koehn and his family were among the first to move to the tri-county area in November 2005. He and his wife, Joan, have four children: Becky (Wenger), 23; Andrew, 20; Rueben, 17; and Laura, 13.

Previously, the Koehns lived in a larger Mennonite congregation in the Mississippi Delta. They moved south because Charles, 47, wanted to live in a livestock and mixed farming region as opposed to the Delta, where row crops are more common. After conferring with Glen, he decided to expand his cattle herd.

"These folks are the salt of the earth. "

“We bought 60 acres, which Southern AgCredit financed, half a mile down the road from our home,” says Charles, who owns an excavation company that employs several men within the congregation. “The location allows me to keep an eye on the cattle, coming and going to work. I now have 39 registered Gelbvieh mama cows. Our children and I enjoy them, and it’s a good thing to do as a family. Laura helps me during calving season and with keeping records.

“Southern AgCredit has been great,” he adds. “Glen Sowell is thorough and careful, and doesn’t just casually make a loan. He brought our paperwork right to the kitchen table so I didn’t miss a bit of work. He got everything done quickly and professionally. I have a great deal of confidence in him.”

In July 2006, Byron and Katie Unruh moved their family from North Carolina to start a poultry farm near Mize. The couple has four children: Amber (Koehn), 25; Anthony, 23; Blake, 18; and Kaeann, 13.

“We liked this area, our church was here, and it felt like the Lord wanted us here,” says Byron, 49, who’s taking a break at home after checking a morning delivery of new chicks. “We bought 80 acres of pasture and woods. Southern AgCredit loaned us the money for our land, six chicken houses and our home.”

In the kitchen, Katie pours a glass of iced tea for her husband. “I would have been helping Byron this morning in the (chicken) houses,” she says, “but he wanted cinnamon rolls instead.” Smiling, Katie sets plates of chubby iced pastries and chocolate chip cookies on the kitchen table.

Since marrying in 1986, the couple has always operated poultry houses, except for six years when they served as missionaries in the Philippines and West Africa. Contracted with Peco Foods Inc., an integrated grower, processor and marketer, the Unruhs produce 9-week-old broiler chickens in their six 50-by-500-foot houses.

Using a wireless network system and his laptop computer, Byron monitors temperatures, lights, feeders and water usage from the family’s home, located just downhill from the poultry barns. “I couldn’t run this farm without my family,” he says.

Since moving to Mississippi, Byron has diversified into cattle.

“They take more time than the chickens, but they’re more fun,” he says with a grin. “They’re a mix of Angus, Brangus and Charolais. My cattle are such calm creatures. They just mind their own business and eat grass. I like to be out in the pasture, working with them.”

Calvin and Michelle Becker closed on a loan with Southern AgCredit in February.

“We came here to visit our daughter, Sarah, who teaches at our church school,” says Michelle, seated beside her husband at their kitchen table. “We loved the area and congregation so much that, after praying about it, we decided to sell everything and move here.”

Another plus: The relocation slowed down their daily routine. In Tennessee, where they lived previously, the Beckers not only owned and ran two broiler houses, but Calvin also managed seven duplexes and had his own carpentry business.

Because they were experienced in the poultry business, they looked at an existing operation for sale near Mize.

“At first, we weren’t interested,” says Michelle, setting out bowls of meatballs, rice, green beans and sliced strawberries for lunch. “Then, after we asked God to open the door if He wanted us here, the owner lowered the price. We took that as a sign to buy. We starting running the farm the day we bought it.”

Calvin, 59, a skilled carpenter who worked all morning to replace a feed-line motor, helps himself to fruit. Under contract with Koch Foods in Pearl, Miss., the Beckers produce 8-week-old broilers that weigh approximately 8 pounds.

“The size is new to us. In Tennessee, our integrator wanted 4-pound birds, but we’re managing,” Calvin says.

“We’ve had a lot of learning curves, but our biggest challenge was learning to use the computerized controllers in the chicken barns,” he adds. “But once we get everything running smoothly, it’ll be even better.”

Not enough regular work ultimately led carpenter Rawlin Friesen, 36, to move his family from South Carolina to Mount Olive in November 2006. While he built the Unruh home, he and his wife, Gloria — sister of Katie Unruh — and daughter Tyanne, now 10, lived in a cabin on the Unruh farm. Rawlin looked for jobs in the area, but then the poultry farm with four houses came up for sale.

“We decided that chickens would be something we could do as a family,” says Gloria. The family now includes Thomas, 7; Tia, 6; and little Trey. “In South Carolina, we tried to buy a farm, but we didn’t have credit or equity. When this place became available, we found a lender who made us a loan.”

This year, the Friesens, who contract with Koch Foods, refinanced the property with Southern AgCredit and built two more houses, each with a capacity for 11,000 breeder birds.

“In the beginning, I didn’t have any experience with chicken farms,” Rawlin says, “but I’ve learned. I repair nearly everything myself, and we’ve made a lot of improvements, like computizered controllers in the houses.”

The Friesens’ hens run free in the poultry houses and are not caged. The family also has roosters, because the eggs must be fertilized. A production cycle starts with 20-week-old hens. Four weeks later, they begin laying in metal nest boxes, attached to conveyor belts that move the eggs to a picking room. For about 43 weeks thereafter, the Friesens gather eggs four times daily and sometimes five times during peak production.

“The first couple of years we wondered if we’d make it because money was tight,” Rawlin says. “I sure didn’t know what I was getting into! But we’re real happy with the way things turned out.”

Gloria nods. “When I look back on everything we’ve done on this farm,” she says, “I don’t know how we did it. I really don’t. But it feels so rewarding that we did.”

Likewise, Glen Sowell feels honored to be a part of all their lives.

“As lenders, we work to win our customers’ trust by helping them to obtain their wants and needs,” he says. “This community gives you that feeling of being a member of their family once you get to know them. The unique relationship that develops makes you want to give the extra effort to assure their success.” 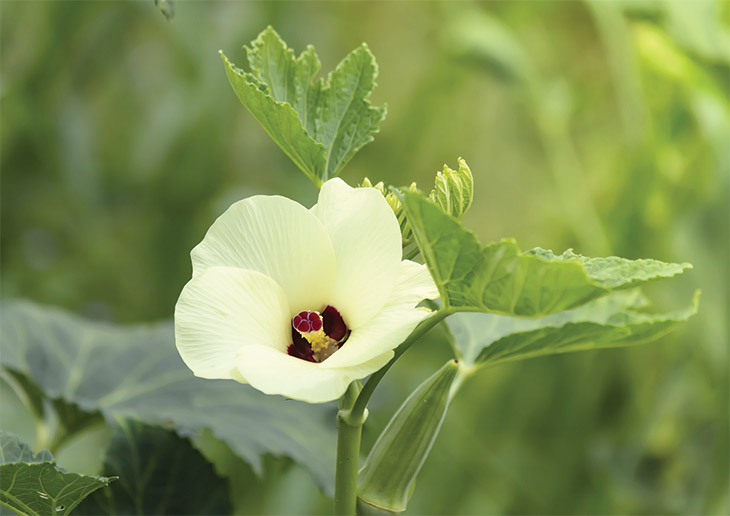