Consider the habits and decisions that separate the top producers from the rest.

Agricultural economist and farm management expert Danny Klinefelter is making hay these days with his list of 12 best management practices for farmers. He’s been speaking at agricultural meetings across the region, and his ideas are attracting attention.

“These are things that any producer can do, but that 95 percent of producers don’t,” Klinefelter says. “If you’re looking for ways to get better, this list would be a good place to start.”

With the increasing volatility of costs and prices, Klinefelter predicts farmers will use more risk management tools including trading options, flex rents and insurance if they are to be successful in the future.

Klinefelter is president of his family’s farm in Illinois, but he lets others do the farming. He is also a professor and economist with Texas AgriLife Extension at Texas A&M University. In addition, he serves on the board of AgTexas Farm Credit Services and is the director of The Executive Program for Agricultural Producers.

1. Match up costs with revenues.

Too many producers treat costs and earnings as separate issues. Focus on managing the margin between costs and revenue by looking a few months ahead and locking in the price of future inputs such as fertilizer, and locking in a price for products you’ll sell, like corn. Purchasing market options may let you capture a profit and still benefit from future price changes.
“Too often, farmers wait to get a better deal,” Klinefelter says. “If you lock in a profit, it’s hard to go broke.”

Don’t limit yourself to considering most-likely outcomes. Plan for the worst. Start with the four Ds — what if someone dies, what if there’s a divorce, what if someone becomes disabled, or what if a key player departs?

Klinefelter uses insurance to illustrate the need for contingency planning. Farmers who operate in areas that are likely to experience hail often purchase hail insurance. But what about areas experiencing increased drought conditions? The potential impact from drought could supersede any other weather-related events. What if this year’s crop doesn’t come up? Hail insurance doesn’t cover crops that fail to emerge. In these situations, farmers should consider crop revenue insurance.

“You might hate to pay the premium, but look at what could go wrong and ask yourself if you can afford it,” he says.

3. Stay on top of your business.

“Successful managers monitor and analyze their performance,” Klinefelter says. “They’re more likely to spot problems and opportunities before it’s too late. Business problems are like cancer — they eat away at profits. But if you spot them early, they’re often treatable.”

For example, many farmers take last year’s cash-flow budget and adjust it for next year. “Usually, lenders won’t settle for this,” Klinefelter says. “They know that farmers consistently overestimate projected earnings. The forecast you developed at the beginning of the year doesn’t include things that actually happened.” Each month, check projections against current cash flow. If this month proves worse than projected, you may need to adjust your expenditures.

Klinefelter cites this example of how to delegate less important tasks: “In the old days, farmers sprayed all their cotton. With today’s high input costs, most spray only when there’s a problem. Farmers love to monitor their fields, but it might pay to hire a professional scout to assess your needs.”

Evaluate key decisions to avoid repeating mistakes. What went well and what went poorly? What did you overlook, and which assumptions led you wrong? What did you learn?

Klinefelter gives a dairy example. “Many producers milk Holsteins, because they generate the highest production,” he says. “I know a producer who examined his records and switched to a three-way cross. Milk production dropped, but his crosses take less feed, produce longer and produce milk with the same quantity of fat and protein components.”

“Studies show that the most sustained success comes from doing 20 things 5 percent better, rather than doing one thing 100 percent better,” Klinefelter says. “Also, the most profitable producers tend to be only about 5 percent better than average farmers in terms of costs, production or marketing.”

He uses wheat to illustrate how little things add up. Assume the seasonal average wheat price was $7 a bushel. Others might have waited for prices to hit $8, but that never happened. You locked in a sure thing by forward-contracting for $7.35, just 5 percent higher than the average price.

Consider, for instance, that you raise hogs, and on average your sows deliver smaller litters than sows on similar operations. You should find out how others have improved litter size and discuss this with your team. You can access this type of benchmarking information from statewide farm management associations, ag accounting firms and ag lenders.

8. Analyze what to stop doing.

“Successful managers spend as much time analyzing what they need to stop doing as they do evaluating new opportunities,” Klinefelter says. Such analysis can lead to shedding assets, enterprises, people, land leases or unnecessary practices.

He cites the case of a family that produced grain sorghum and cotton, but their row crops were only marginally profitable. They generated better profits buying calves and putting them on winter wheat in November, and selling them each spring. “These brothers decided to lease the row cropland to other farmers and focus on what they did best — raising cattle. It made a huge difference.”

9. Use accrual-adjusted income to evaluate profitability.

“Cash-basis accounting is great for simplicity and tax management, but it’s a poor way to measure true profitability,” Klinefelter says. “Cash-basis often lags accrual-adjusted accounting by two to three years in recognizing profit downturns and upturns. By then, it’s too late to respond.”

He uses an example from his farm. One year the family decided to expand pork production and retained 300 females that they normally would have sold. Corn sales dropped as the farm saved the corn to feed to the additional sows and their offspring. Profitability looked poor on a cash basis, but accrual accounting showed that the farm produced more inventory than it sold.

10. Learn from the E-Myth principle.

“The E-Myth,” a book by Michael Gerber, talks about how most of us believe we can succeed as entrepreneurs, when in reality most small businesses fail. Gerber thinks most business owners begin with a fatal assumption — that if you understand the technical side of your business, you understand how to run the entire business.

Klinefelter suggests you apply this lesson to farming, by learning more about other players that affect your operation. “Every business has four constituencies: employees, buyers, suppliers and funding sources,” he says. “Find the top three things that most frustrate each of these groups in dealing with a business like yours. If you can reduce those frustrations, you can become the supplier, customer, employer, borrower or tenant of choice.”

For example, find out what bugs your landlord. Maybe he or she wants you to keep the weeds down or plow snow off the driveway. Another example: Lenders like to hear from customers when changes occur — don’t wait until the end of the year to contact them.

All across the country, Klinefelter sees producers discussing their operations with five to 10 other farmers they know. The groups meet by invitation only, exclude direct competitors and usually use an outside facilitator. Success requires trust, openness and the ability to accept constructive criticism. Your only expense is your time and the cost of gas to drive to the meeting.

“Peer groups serve as an advisory board, where no one has a fiduciary liability,” Klinefelter says. “They help you see the big picture and provide a benchmark for your performance.” Topics might include the best GPS system or comparing production costs.

Another national trend is farmers joining forces. “To remain independent, many producers need to become more interdependent,” Klinefelter explains. “Joint efforts can help you gain market access, technical expertise and economies of scale, and they can reduce costs.”

Klinefelter points to the 70 large dairy farmers who created Select Milk Producers, a closed co-op, which formed a joint venture with Dairy Farmers of America and an Irish company to build a cheese plant near Clovis, N.M. Other farmers are getting together to share equipment and to hire a chief financial officer, vet or nutritionist.

You may not be able to adopt all 12 of Klinefelter’s best management practices for farmers, and you’ll need to customize the list for your own operation. But Klinefelter offers advice on where to begin.

“Most people farm or ranch because they love growing things, they love animals, they love being outside or they love being independent. Not as many enjoy the financial, marketing and people management sides of the business. But these days, that’s where you need to focus.” 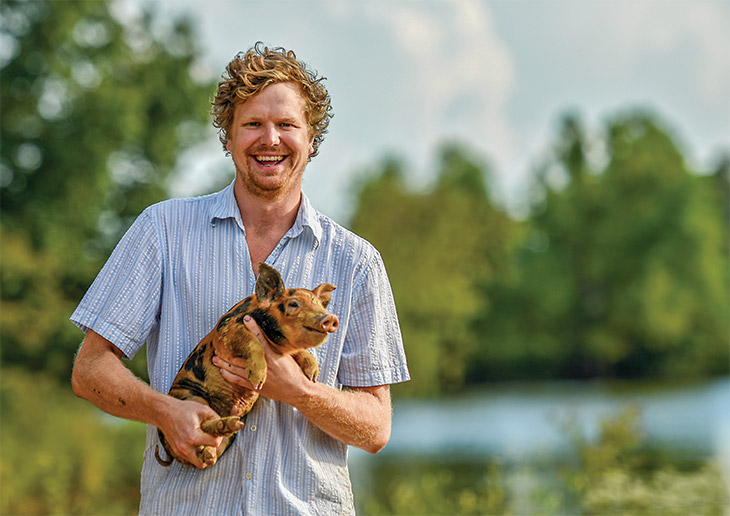 Swine of the Times 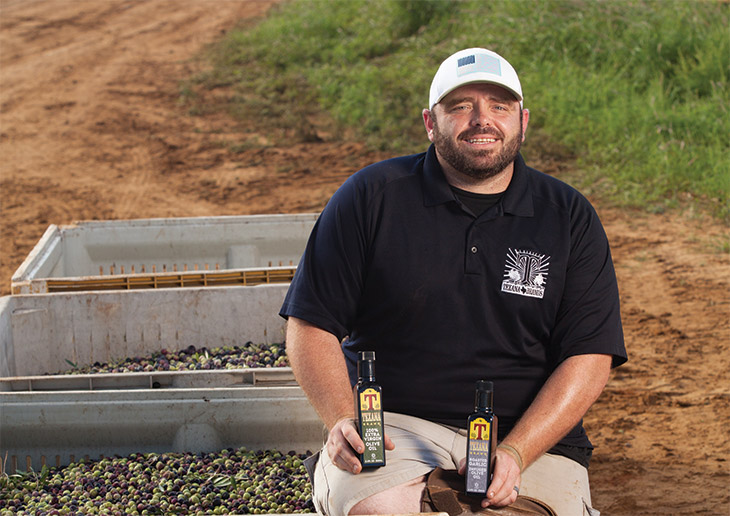